Women Entrepreneurship – Making it in Germany 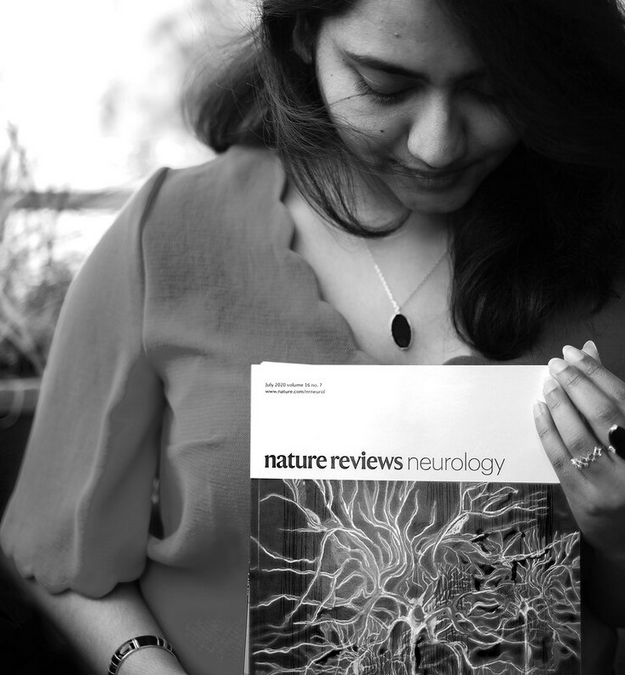 Germany needs startups from across the world. After all, innovative startups are a guarantee of economic strength in times of digital transformation and uncertainty. However, the German startup scene has some catching up to do. Above all, it needs one thing: far more women entrepreneurs. The newest Female Founder Monitor 2020 authored by the German Startups Association and sponsored by Google for Startups found that the current share of women entrepreneurs in the German startup scene stands at a mere 16%. The underrepresentation of women in large corporations is being repeated in the startup sector and is likely to worsen in light of the ongoing Corona crisis. The former Federal Minister for Economic Affairs and Energy, Brigitte Zypries, shaped the slogan “Strong Women, Strong Economy” during her time in office and supported several initiatives to strengthen female entrepreneurship. Yet, women continue to face several challenges. While male founded teams are often more successful in obtaining high funding volumes, for women the barriers to enter the startup sector and to gain access to capital are incredibly high. For example, 33.1% of female-led companies say they prefer business angels as investors, but only 7.7% have been able to obtain this source of funding so far – the situation is similar when it comes to venture capital.

However, on the bright side, women entrepreneurs in Germany often work at the intersection of business and society and are motivated by social issues. Especially in the light of the current Corona pandemic, their strong presence in the healthcare sector stands out. Almost 17% of female-led startups work in this sector, compared to 6.5% of their male counterparts. Additionally, while women are underrepresented in the startup sector which defines startups as a firm younger than 10 years old with an innovative business model and/or technology and a significant growth trajectory either in number of employees and/or sales, they are strongly represented in entrepreneurship in general, which also includes self-employment. Consequently, the explanation frequently heard that women per se have less confidence in themselves when it comes to self-employment and entrepreneurship is not an accurate reflection. Looking at the gender distribution of new business in general, the number of women active in entrepreneurship stood at 40% in 2018. While this number does not signify equal representation, it is a promising development.

The gender imbalance in the startup sector is not a German problem per se, but a global issue. For example, according to the Sixth Economic Census in India conducted in 2014, only 14% of women own or run a business. 90% of these enterprises are micro in size. In the 2018 Mastercard Index of Women Entrepreneurs, India ranked 52 among 57 countries, just ahead of Iran. Alongside barriers such as access to education and finance, many women in India face family pressure and societal burdens. However, a small fraction of well-educated women has taken the leap and successfully founded their startups. Among those women is the well-known LinkedIn star Shradha Sharma, who founded YourStory in 2018 to tell stories of Indian entrepreneurs.

But there are also a range of Indian women entrepreneurs that have ventured to other countries including Germany. One of them is Dr. Radhika Patnala who has successfully founded Sci-Illustrate. Radhika is a valedictorian with a doctorate specialising in Neuroscience and Epigenetics. She founded Sci-Illustrate with the idea in mind to provide life-science companies, universities and organisations with a reliable and scientifically informed platform for their design, business development & marketing needs. While she conceived the idea of founding Sci-Illustrate mid-2017, it took her almost a year to figure out the bureaucracy involved in founding a company in Germany. “When you move to another country, you want to follow the rules precisely. Therefore, the inception of my company took some time,” Radhika highlights during an interview with the GINSEP team. Radhika moved to Germany after meeting her German husband in Munich during a short visit. “All the information how to set up a business in Germany can be found on the internet. However, most of the information is in German. My husband helped me immensely and I am not sure if I would have been able to go through the bureaucratic procedures without him,” Radhika further outlines.

Being asked about her experience of being a women entrepreneur in Germany, Radhika says: “I have never felt any bias in Germany and me being a woman has not played any role in my business relations. On the contrary, since I am active in the creative field where you need to be empathic, some clients might feel more comfortable working with a woman.” “However, it is important to note that I am bootstrapped and never had to face any investors,” she further outlines. Indeed, many challenges for women entrepreneurs arise when looking for funding. The Female Founder Monitor found that 56.7% of women-led startups stated that they have difficulties in gaining access to either male or female investors and their networks. Among male teams, this figure is much lower at 36.7%. This enormous discrepancy makes it clear that, in addition to the “gender bias” in the investment process, the lack of contacts within this sector is one of the most important problems for female founders.

The resources available in the ecosystem play a decisive role in the success or failure of a startup. These include beyond funding also access to relevant contacts. While 67.8% of male teams have a positive assessment of the startup ecosystem in terms of network of startup founders, the percentage is slightly lower for women-led startups and stands at 62.9%. Especially for foreign women founders access to networks and information remains a challenge as Radhika highlights: “When I started my business in a new country, with no network, I felt like I needed a community and a support structure to buttress the growing pains of entrepreneurship in the biotech sector. It could be the simplest of things, from meeting like-minded people, building a network, to finding a professional space for client meetings and seminars. However, most incubators I approached only focus on startups that are looking for funding, or perhaps needed office space for a team, and told me that they did not have any programs for supporting founders with a service-based bootstrapped company like mine.”

“Another challenge I faced was, because I moved here from Singapore right after my PhD, relatively new to Munich, I unfortunately could not tap into the vast resources that exist to support entrepreneurs at universities or research institutes, as these programs are mostly available to students or staff from institutes native to Munich,” she further highlights.

After having operated her startup for three years now, Radhika has stabilised her operations. “I would now like to be part of a women association or similar community of like-minded scientists, or women entrepreneurs, so that I can exchange ideas around my business,” Radhika says. As the healthcare sector has been booming and is experiencing another push since the rise of the Corona pandemic, Radhika has not been facing challenges to keep her business afloat. “On the contrary, the healthcare sector has been put in the limelight and is seeing a lot of interest and funds which has positively affected my business as well,” Radhika mentions. Also, the German business mentality has helped Radhika to shape and grow her business. “Germans don’t mince words, and get right to the point. For a person like me whose projects work intimately around client feedback, this helps me understand their needs and keep my clients satisfied,” she says.

Asked about her tips for other foreign women entrepreneurs, Radhika says: “Learn German! While it will never be enough to navigate German bureaucracy, it is still helpful. Additionally, get a business consultant, who could help you to apply for your tax number, register the business and to get a business account, among other things.”