‘SaaS It Up’: A podcast providing SaaS insights from India & Germany 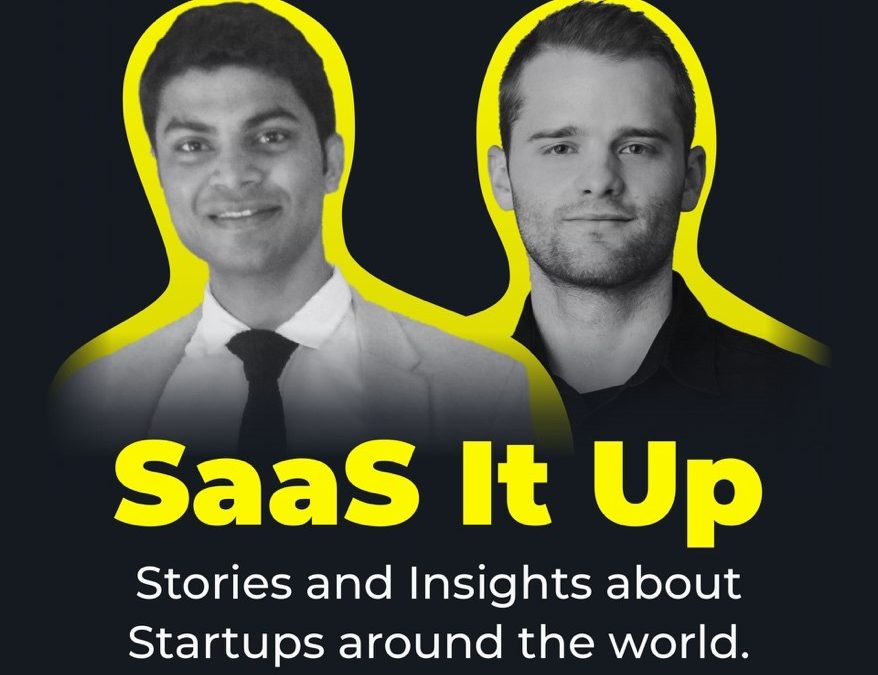 In an event last year titled ‘Indus Valley to Silicon Valley’, Anant Vidur Puri, who is an Investor at Bessemer Venture Partners, shared some excellent thoughts.

India is the third largest startup ecosystem in the world with more than 26 unicorns. India’s Information technology (IT) enterprises serve to almost all major companies in the world. With a large talent pool of software professionals, the startup ecosphere has produced some of the well-known global product companies like Freshdesk, Zoho, Postman, Pine labs, PayTM or Flipkart.

India’s software talent is usually found in major cities like Bangalore, Delhi and Mumbai. Bangalore, Hyderabad and Chennai have some of the best SaaS founding talent in India who are currently being backed by the marquee investors of the world. Last year, 11 Indian startups entered the unicorn club. The increased usage of smartphones, better access to the internet due to Jio, and recent reforms to push digital finance have accelerated the development in the Indian startup ecosystem significantly. There has also been a significant push from the government through many initiatives including Start-up India and Digital India. Multiple accelerators and incubators are supporting startup founders as well.

SaaS companies in India hold 3% to 4% of the global market share as of last year. By 2022, this figure is expected to reach anywhere between 7% and 9%, nearly doubling the market share and putting India on the SaaS map worldwide.

When you think of Germany, the first thing that often comes to mind is the Oktoberfest. But wait – there is more! The German startup ecosystem is booming! With almost 2,000 Start-ups, a total of 4,750 founders and 26,000 employees, Germany was ranked as number one in 2020 for ‘Best Startup Countries in Europe’ by NimbleFins. It has produced numerous startup success stories like Anydesk, Ecosia, Babbel or Flixbus.

What’s unique is the fact that Germany is not made up by only one hub, but rather has multiple startup hubs to offer. While Berlin, Munich and Hamburg are currently the biggest startup hubs in Germany, the startup ecosystem in other cities like Frankfurt, Stuttgart or Cologne is developing as well. With each of these hubs specializing in different areas – for example Frankfurt with a strong emphasize on the financial sector or Munich with a thriving InsurTech ecosystem – it is possible for new startups to connect with already established companies in their area of expertise.

The German startup ecosystem is active in various sectors with the ICT sector leading the ranking. According to the recent German Startup Monitor more than 31.8% of startups are active in the ICT sector. German startups are living the digital transformation as the recent German Startup Monitor indicates. More than two-thirds of startups surveyed for the report assign themselves to a digital business model (66.6%). With a year-on-year increase of 3.9 percentage points, software-as-a-service (SaaS) applications in particular are becoming increasingly popular as a business models.

How did the Podcast ‘SaaS It Up’ come to life?

There is a lot to learn from both countries about SaaS business models. Realising the need to share more information about SaaS, Saswat Sahu and Oskar Bader initiated the ‘SaaS It Up’ podcast to capture unique insights from founders and investors in the SaaS realm.

Saswat Sahu is a strategy consultant and is a NASSCOM and On Deck Fellow. He consults with enterprises and multiple SaaS tech Start-ups through Arbalest Partners. Oskar Bader is UX Designer and Growth Hacker and founder of DesignWithValue. In 2020, Saswat became Bangalore’s City leader for SaaStock and Oskar became Munich’s City Leader for SaaStock, a global community of software as a service (SaaS) founders, executives, and investors. Both have been hosting virtual SaaS focussed events in their respective communities. Saswat was sharing about his German travel experiences of his MBA days with Oskar, when they connected on their mutual shared interest for SaaS which led to initiating ‘SaaS It Up’.

If you want to gain more insights into what founders from India and Germany have to say about SaaS, tune into their podcast available on Apple and Spotify – ‘SaaS It Up’.