Next Generation: Startups Founded in Germany in 2022 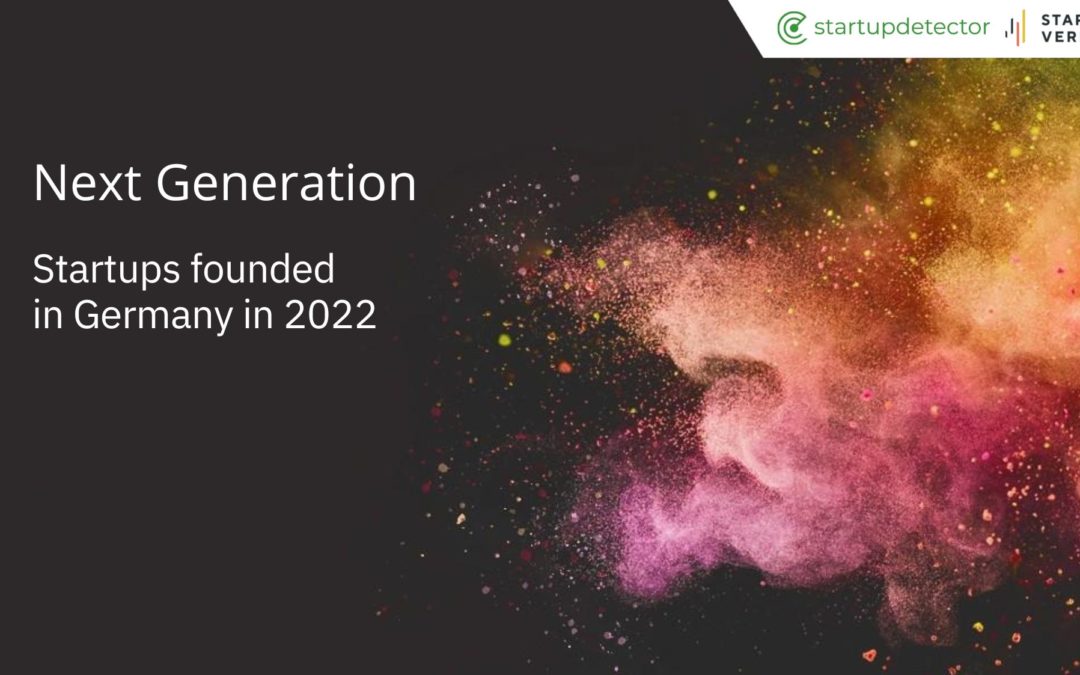 Next Generation: Startups Founded in Germany in 2022

Last week the German Startups Association together with Startup Detector published a report about the startups founded in Germany in 2022. Here’s an overview of the main findings of the report:

The main finding is that the number of founded startups dropped in 2022 compared to the previous year, namely by 18% from 3.196 to 2.618 incorporations.

For the first time Munich took over Berlin in terms of new startup incorporations per 100.000 inhabitants (14,5 to 13,6). In absolute terms Berlin is still on first place. Particularly noticeable is the ranking of university towns like Aachen, Heidelberg, Karlsruhe or Freiburg among the TOP 10 cities of startups founded in 2022 per 100.000 inhabitants.

The report stresses vast differences between the regions when it comes to the numbers of newly founded startups. Only very few regions could increase or maintain their numbers of incorporations and particularly the city states (Berlin, Hamburg) and economically strong regions like Baden-Württemberg and NRW witnessed drops.

However, roughly 25% of all startups being founded in Germany are registered in Berlin or Hamburg. Berlin witnessed 13,6 new startups per 100.000 inhabitants in 2022, Hamburg 7,7. The Germany-wide average is 3,1. Bavaria (4,1) and Hesse (3,3) are the only „big“ states (in terms of area) that witness higher than average numbers – much ahead of other economically strong big states like NRW (Nord Rhine-Westphalia) and Baden-Württemberg.

In general, the disparities between urban and rural regions are strong, which should be kept in mind when comparing the numbers between states covering large areas and city states. Also, it is noted that findings on trends in regions with lower numbers should not be overestimated.

The full report can be downloaded here (German version only).