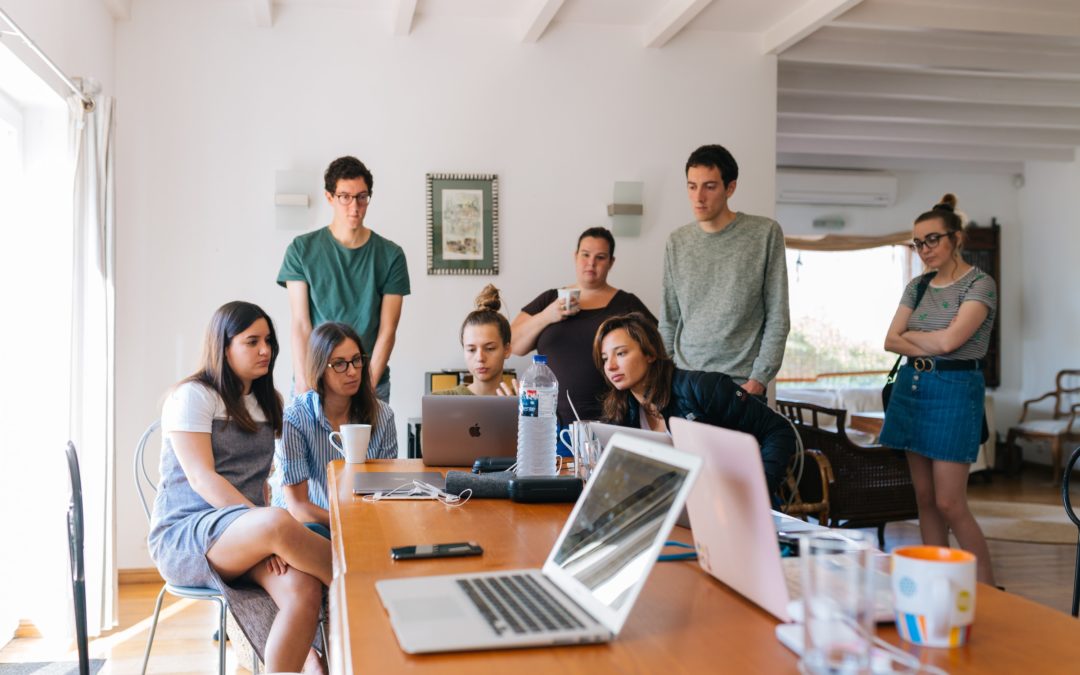 Internationality is a USP for migrant founders: English is the working language in 54% of startups owned by first-generation migrant founders – the German Startup Monitor (GSM) average is 30%. Additionally, their teams are also more international – on average, 47% of employees come from abroad, the overall average is 27%. They also often have very good international networks compared to German startups. 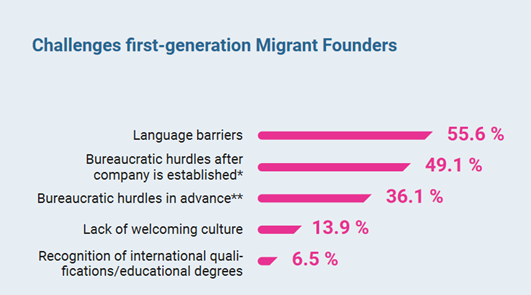 However, international startup founders face a range of challenges. Most pronounced are language barriers. In addition, bureaucratic obstacles both before starting the company as well as regarding its management, are key issues. 13.9% also expressed a lack of welcoming culture. However, the recognition of international qualifications, on the other hand, seems to be no problem in the startup ecosystem.

Funding is another challenge faced by many migrant founders. First-generation migrant founders received an average of € 1.1 million in funding, compared with the GSM average of € 2.6 million. This concerns all development stages of foreign startups, significantly hindering growth of international startups in Germany. Judith Dada, General Partner La Famiglia VC says in this regard: “The Migrant Founders Monitor shows that migration should not only be seen as an opportunity to combat structural problems in the German job market and attract people with urgently needed skills, but also as an engine for a technology-oriented and internationally competitive entrepreneurial ecosystem. However, this report also makes it clear that there are still a lot of hurdles when it comes to enabling talents with a migrant background, for example in accessing sources of funding. There is room for improvement in the startup industry.”

An area of improvement also concerns collaborations. On average, startups enter into 7 collaborations with established companies – among first-generation migrant founders, the figure is only 2. They are also less likely to collaborate with scientific institutions than GSM startups in general. It should be examinded whether the lack of a welcoming culture can be attributed to this. Especially Indian startups have in the past expressed barriers in identifying partners due to cultural differences.

However, migrant founders are contributing important impulses to the German startup ecosystem. Dr. Sophie Chung, Founder and CEO Qunomedical and board member of the German Startups Association says with regard to this: “Diversity is not an option. It is a social necessity that we have to advocate for as early as possible, not just when people have already become founders. Entrepreneurial talent should be promoted as early as in childhood: If we succeed in breaking down the mental and the real barriers at a young age, then we can leverage the enormous potential that so far has been left untapped.”