Kickstart your career in Germany with Educaro 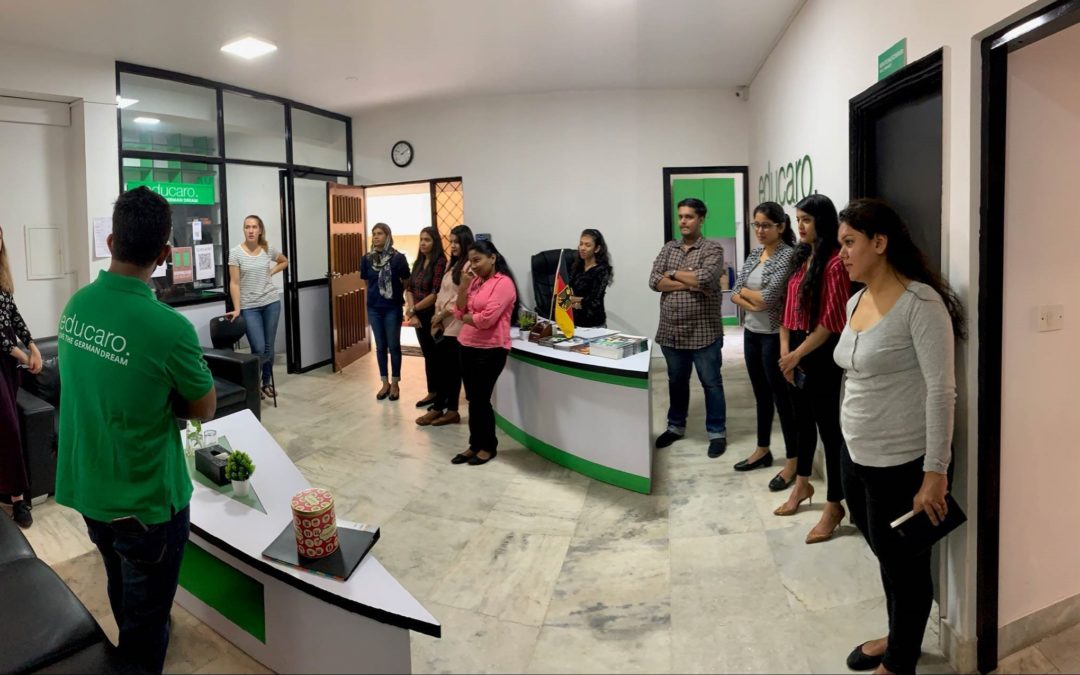 Educaro was founded by Christian Sassin and Leon Schneider in 2015. Just as its name suggests, the startup is assisting students and professionals to study and pursue a career in Germany. The journey began in Tunisia to resolve complaints raised by the German embassy in Tunis as well as other German partners about the language qualification of the applicants to German public universities. Furthermore, while working as an intern at a language school, Christian realized that local agencies were charging students with hefty fees for securing admissions to German universities without rendering proper services or giving reliable information. Thus, the idea to start Educaro was born. Today, Educaro has offices in Morocco, Mexico, Argentina, Brazil, Columbia, Tunisia, Turkey, Vietnam, Ukraine, Latvia, Algeria, Mexico and India.

Studying or working in a foreign country such as Germany can be challenging and requires a lot of preparation and endless paperwork. This is exactly where Educaro is offering a range of solutions and services to students and young professionals who are in the process of moving to Germany.

Starting with enabling services such as counselling on the courses offered at various universities in Germany, assistance in completing the application, coordinating interviews at the Consulate with the right documentation, drafting CVs for applicants who are looking for jobs in Germany, offering in-house German language courses to overcome language barriers and even booking tickets for the candidate once everything is finalized. It also supports candidates after arrival in Germany for example with the opening of a bank account and insurance account which is usually a lengthy and bureaucratic process. Educaro offers various services under one umbrella for students and young professionals looking to build a career in Germany. 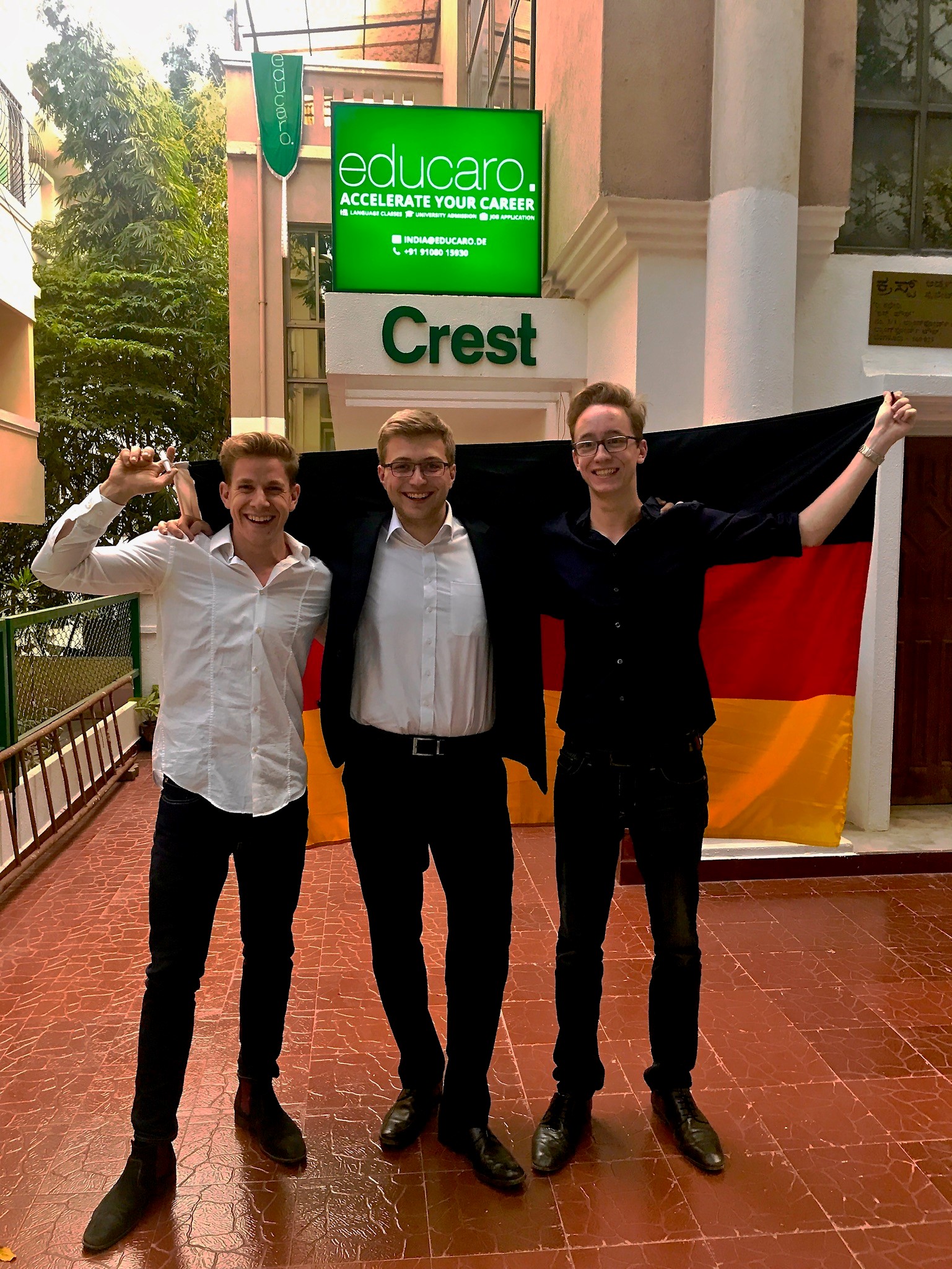 When Educaro entered the Indian market, the founders had to face several obstacles to establish their presence in India. Christian mentions: “At first, we did not realize the complexity involved in penetrating a market as vast and multifaceted as India is. The challenges along various steps of the incorporation and expansion process were tough. But it has been a valuable learning experience which we have been able to replicate from the Indian market to other markets”.

Christian adds: “It is very important to spend good amount of time to know the local conditions, culture and  people. Identifying local talent can help mitigate the risks and contribute to developing a sustainable business model. For foreign companies, it is crucial to have a trustworthy local contact who can advise on various business aspects, the culture and way of doing business in the country”.

Another insightful learning which Christian shares: “Just looking at the market size or economy is not sufficient to make a successful business venture in India. It is absolutely important to develop a deep understanding of the market. India is famous for its diversity but for foreign companies these differences and distances can be very challenging”.

When first arriving in India, research showed Educaro that there were huge numbers of Indian students interested in studying abroad and that many of them want to study in Germany. Educaro had to gain an understanding of the local education system and the mindset of the students first. Bangalore is statistically the second largest visa centre for study visas worldwide, yet after two years of being in the market, it became evident, that just because the applications were filed in Bangalore, it does not mean that the applicants also live close by. Educaro accordingly adjusted its business strategy an started to focus on other South Indian states such as Karnataka, Kerala and Tamil Nadu among others as a target market since most of their customers originated from these states. Similarly, they also adapted to local customs and adjusted their marketing material to reflect regional languages. “To tap into this market potential requires a long-term strategic approach as well as patience. Take it step by step,” Christian says.

In the future, Educaro is seeing a growing demand for high quality international education for Indian students belonging to affluent families and studying at private universities. However, Educaro also identifies with its mission to close the gap between the rich and the poor and to make education in Germany more accessible to students from public universities.

There is a large base of young population in India which is hungry for knowledge and education and seeking to build successful international careers. Christian says: “Education should always be accessible to the motivated and not just to the wealthy”. Considering this, Educaro will continue to play an important role helping such students and professionals to kick start their careers in Germany.