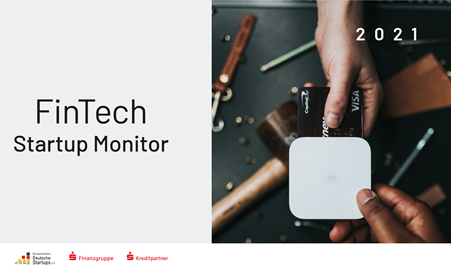 In the last two weeks we shed light on the newest developments in the Indian startup ecosystem. This week it’s time to move to Germany to understand some of the key drivers of the German startup success story.

Despite recent scandals surrounding Wirecard, the FinTech sector has been one of the growth engines of the German startup sector as the newest FinTech Startup Monitor 2021 of the German Startups Association highlights. Germany is Europe’s oft-overlooked fintech hub, left in the shadow of its UK neighbour. But it has a thriving scene and some mega-success stories. Four out of Germany’s sixteen Unicorns have emerged from the FinTech scector: N26, Mambu, wefox and Deposit solutions.

Germany currently has around 700 active startups in the Fintech sector. Surprisingly, only 11% of these startups are located in Frankfurt, Germany’s financial hub, while 38% have their base in Berlin. Like other German startups, the FinTech sector has been hit by the Corona crisis. Overall, however, FinTech startups appears to be more robust and are tackling the crisis better than startups in general. The German FinTech sector is also a driver of digitalisation and are heavily investing in future technologies. Artificial intelligence and blockchain solutions in particular are being used much more frequently in this sector. Additionally, many FinTech startups work with highly scalable business models: 74% rely on online platforms or software-as-a-service (SaaS) solutions. Despite well-known B2C start-ups, the focus of most startups is on B2B business models – two-third of all FinTech startups generate their revenue in this area.

What is notable is that FinTech startups often cooperate with established companies and thus are able to create demand-oriented innovations. On average FinTech startups enter in thirteen such cooperation while traditional startups can showcase only seven. Overall, the German FinTech startup sector is characterized by its maturity. The average age of the FinTech startups surveyed for the FinTech Startup Monitor 2021 is three years, hence, nine months above the general average. FinTech startup founders are also more ambitious: 71% are aiming for an exit, compared to 59% of startups in general.

The FinTech scene is characterized by a high level of education. 25% of FinTech founders have studied abroad (general average: 13%). 64 % have a degree in economics (general average: 41%). However, the FinTech sector remains a male-dominated domain. At just under 7%, the share of female founders in fintech companies is significantly lower than in start-ups in general (16%).

With the UK leaving the European Union, Germany’s FinTech sector is geared to become the number one in Europe. It is thus also an attractive destination for foreign founders seeking to capture the European market.