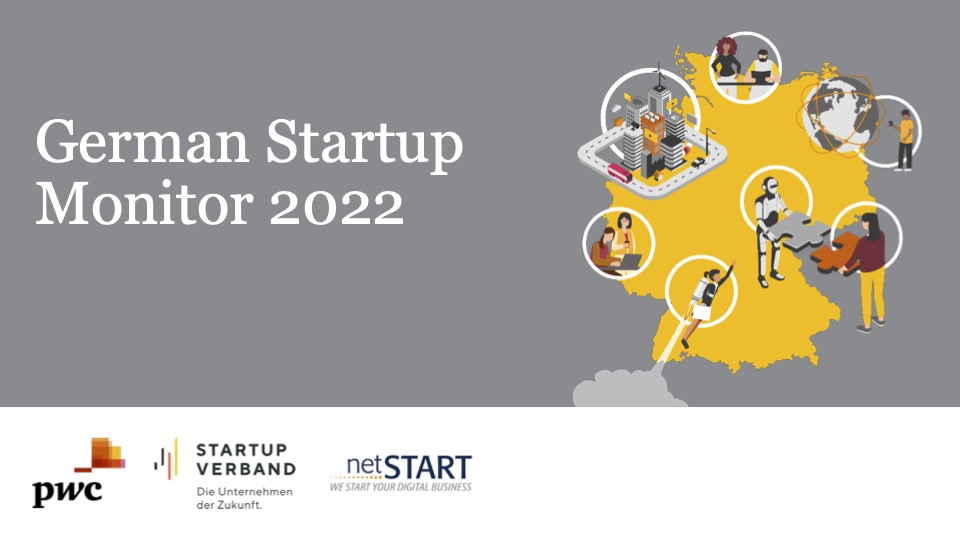 The findings of the report are based on the survey in which almost 2.000 startups across Germany participated, representing more than 4.800 founders and almost 35.000 employees.

Since the definition of ‘startups’ differ between countries, it is of significance that the author of the study defines through the following three characteristics: 1) startups are less than ten years old, 2) startups are growth-oriented in terms of their employees/sales and/or 3) are (highly) innovative in terms of their products/services, business models and/or technologies.

Here are some extracts of the main findings of the report:

For an illustrated version and more details on the findings, access the English version of the German Startup Monitor 2022 here.